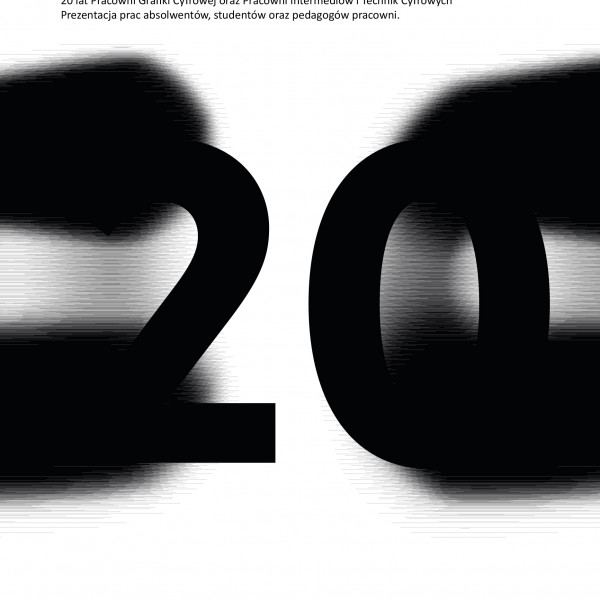 Between mimesis and anamnesis and back again: an exhibition of graphics

Exhibition at Galeria Elektrownia in Czeladź

Between mimesis and anamnesis and back again: an exhibition of graphics

Exhibition at Galeria Elektrownia in Czeladź

More than 20 years have passed since the establishment of the Digital Print Studio at the Chair of Printmaking of the Academy of Fine Arts and Design in Katowice. The studio's curriculum was created under the supervision of prof. Adam Romaniuk and dr Dariusz Gajewski. In 2006, the Intermedia Techniques Studio emerged from the above-mentioned studio, extending the area of research to include spatial and intermedia issues. At that time, Katarzyna Dziuba joined the team.

The leaders of the studio were actively involved in activities related to the promotion of graphic art and searching for connections with other fields of art. Former curators of the Polish Print Triennial and the International PrintArt Katowice Triennial, they organized the ArsGrafia festival, which included the international projects Poles, Energy, and Codex Mundi.

In 2010, the leadership of the Intermedia Studio was taken over by dr hab. Darek Gajewski, who, together with his assistant Jakub Cikała, started to implement his own programme. A graduate of the Digital Print Studio Marta Pogorzelec joined our team, bringing her own experience.

In our work with students, we focus on the essence of creativity contained within the title of our exhibition Between mimesis and anamnesis and back again. According to dr Mieczysław Juda, ‘mimesis is not imitating nature (directly 1: 1), but imitating the ways in which nature works (indirectly), while anamnesis is the emergence of what it contains (what constitutes it) from the abyss of memory, as tectonic layers of spaces of meanings and symbols.’