Platform A Gallery in Middlesbrough presents works by Lesław Tetla.

Platform A Gallery in Middlesbrough presents works by Lesław Tetla.

Urban narratives have become a recurring theme in many of Lesław Tetla’s paintings. In his subsequent sequences of works, the artist attentively explores and analyzes the urban environment, only to eventually deconstruct its genealogy and potential. To this end, Tetla refers to a wider visual context and confronts the aesthetics of modernism with that of postmodernism, depicting the disparity between the solemnity of tradition and the irony of the postmodern world. This strategy is conspicuous in the majority of Lesław Tetla’s projects, which owe a certain referential debt to the legacy of the Russian productivists, De Stijl or Bauhaus.

During the several months of his residency in two harbour towns of North East England, Stockton-on-Tees and  Middlesbrough, Lesław Tetla had the opportunity to encounter the mixture of diverse groups and ethnic communities. The societies of these agglomerations generate a unique narrative patchwork. The heterogenuity of the environment is expressed in a polyphony of cultures, a connection of otherwise completely different traditions, which jointly form a unique urban circulation system.
Roman Lewandowski


Lesław Tetla creates sequences of paintings depicting the façades of traditional English houses in Stockton and Middlesbrough, which are now populated by immigrant communities. He then uses these caleidoscopic images to build structures inspired by Oriental rugs. In the Islamic culture, they were supposed to invoke the image of a safe, heavenly space, abundant and luxuriant. The central shapes surrounded by frame after frame expressed the dreams about the Heideggerean dwelling, i. e. conscious being, recognizing the possibilities of the given environment and finding one’s place in it.
Marta Lisok

Shipping of the works was supported by i2 Analytical. 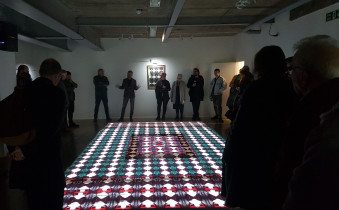 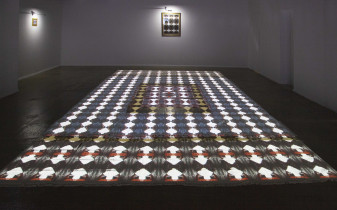 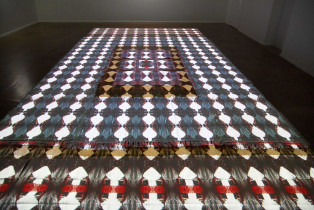 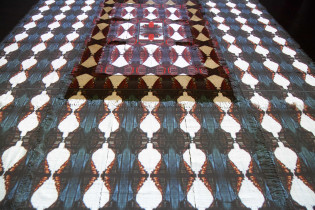 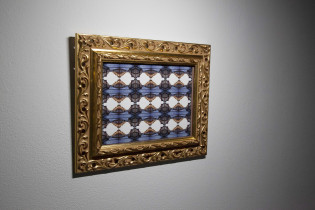 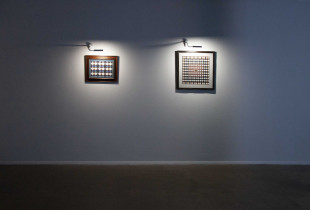